A downloadable game for Windows

A story about a girl and her robot making a journey across a warped, fractured, and mesmerizing world.

Maneuver your way through levels that can be flipped around and explored in new perspectives.

This game is amongst several prototypes I've been making to test out concepts and see which has the most value to pursue. There are some quirks I'm sure but I hope you enjoy this game regardless. If you have any feedback or comments I'd love to hear them :)

Music made by Piotr Bugaj

Hey! nice game! it was fun to move around and the controllers feel nice, if I could say two suggestions, they'd be the following:

- Spikes hitboxes to be smaller, for example, in celeste the hitboxes are smaller than the drawing itself, and sometimes here just by scratching them you'd die :'( I couldn't get past level 4 because it was too narrow and I'd get killed by a few pixels hahaha

- Feels kinda weird to be wallsliding on invisible walls, maybe the check is set on the player's feet but would be better centered on the MC. Sometimes you'd end up wallsliding if you are too close to the edge when landing

Great game tho! would love to play the full version!

Thanks for playing! Really appreciate the feedback :)

I didn't play for too long because i'm super bad at platformers but I just wanted to say that the colours/artwork/sprite animations are all gorgeous !!

Thanks! Yeah it's an admittedly tough game. Glad you like the art though!

I like this game, although I have very little experience playing platformers, so I can't pass the 4th level ahaha
The music, visuals and animation are really good!

I'm trying my best, and here's letsplay (and bug)!

haha well thank you very much for playing! Yeah sometimes you end up in the floor when you respawn. Haven't found a solve as of yet sadly but it'll usually fix itself after a second or 2 :)

Thanks for playing! Glad ya enjoyed it :)

Yeah Piotr did a great job!

That's really odd. Haven't seen that happen yet. Maybe it's a permissions thing?

Hey, just pushed an update that will hopefully fix your problem. Let me know if it's still an issue

how to change the gravity will it unlock after some levels

Yes. The game will let you know when you're able to do it.

Yup! It gets introduced at level 10

This was really fun. A bit like Celeste but with gravity mechanics instead of dashes. I hope you finish this one up, because I'm kinda invested in the story now.

Thank you! I'm really glad you liked it! It's one of my favorite prototypes so I'll likely expand it in the future :) 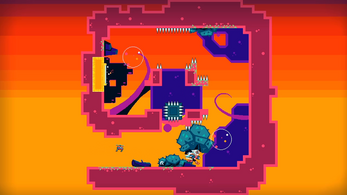 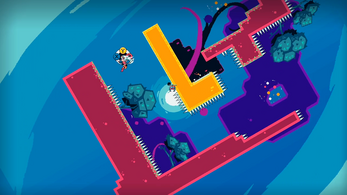 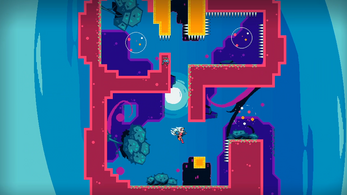